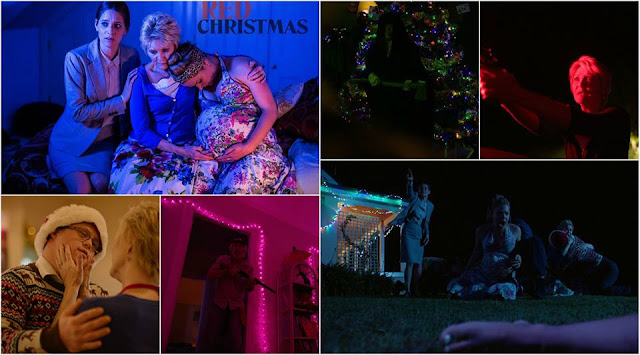 Philadelphia, PA – Craig Anderson’s Red Christmas, a horror-filled cinematic present for the entire family (including your abortion-protesting uncle) has been released on all platforms this week.
Genre icon Dee Wallace (The Hills Have Eyes, The Howling, E.T., Cujo, Critters) stars in a critically acclaimed role as the stressed-out mother of a squabbling family, gathered together in a remote Outback estate on Christmas day. Their petty dramas threaten to darken the holiday until a mysterious and deformed stranger appears at the door seeking some re-connection with the brood, and when that is rebuffed, he seeks bloody vengeance.
DVD & BLU-RAY: Amazon Best Buy Target
Rental VOD: Amazon on Demand Vimeo iTunes
Google/YouTube VUDU XBox
Cable VOD: DirecTV Dish
Coming December 11th to Netflix!
Artsploitation Films is a Philadelphia, Pa based distribution company that’s making a global impact, featuring a catalog of movies from around the world including Australia, Germany, South Korea, Lithuania, Slovenia, Spain, France, Chile, Argentina, Brazil, and the United States.
They are not your average distributor, as they are committed to bringing their audience the most intriguing, unsettling, unpredictable and provocative films around. You don’t just watch Artsploitation Films, you experience them! The perfect blend of genre/exploitation films mixed with traditional art cinema is what to expect when watching titles like, Vampyres, Counter-Clockwise, Horsehead, Der Samurai, Killbillies, Deadly Virtues, Observance, and the upcoming abortion themed holiday horror movie, Red Christmas.
Artsploitation Films are available on VOD, DVD, and Blu-ray formats.
Posted by joyhorror at 9:25 PM No comments: 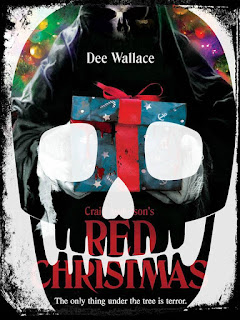 “It has earned its place among the best and can sit comfortably on a shelf with Black Christmas, Gremlins, Die Hard – yes it’s a Christmas film! – and Silent Night, Deadly Night as great examples of alternative Christmas cheers. Red Christmas is striking, bold and brilliant; a sure-fire Christmas classic for horror lovers.” – Jessy Williams, Scream Magazine

“An energetic, candy-colored romp through genre tropes that manages to take its subject matter seriously while poking fun at itself at the same time.” – Variety

“Nothing is sacred to Anderson and setting murderous mayhem on the eponymous holiday is only the beginning of Red Christmas‘ challenge to propriety and good taste.” – Michael Gingold, Rue Morgue

“For horror fans, the practical gore, unapologetic kills and the throwback to the old school and exploitative horror will make viewers cheer even though they know that the family does not deserve to suffer the sins of one person. Impactful, powerful and brutal, even if you are not a horror fan, you will question a lot of the characters and yourself in the nightmare that is Red Christmas.” – Jay Kay, Icons of Fright

“Quite simply, Wallace can do no wrong, and Red Christmas proves that she still is – and always will be – a horror force to be reckoned with.” – Horror Film News

“What follows is a calendar slasher, with Anderson playing every beat of the sub-genre to perfection. The kills are pure Eighties, performed with a range of farmhouse tools – and without CGI.” – Projected Figures

“Wallace is still one of the best genre actresses out there.” – Gruesome Magazine

“Dee Wallace…still has the same magnetic presence she has always had… Her motherly onscreen intuition is sweet, protective and badass. Red Christmas is full of disturbing and bloody holiday cheer and is something that you should add to your Christmas wish list.”  ” – ihorror.com

“Red Christmas has style out the ass.” – Bloody Disgusting

“A savagely enjoyable holiday ride through hell.” – AddictedToHorrorMovies.com
“A slasher movie that feeds horror fiends a bunch of red meat.” – Jay Seaver, EFilmCritic
“One of the craziest, most surprising horror films of the year.” – HorrorTalk


“Dee Wallace’s performance throughout is top-notch…It’s satisfying on the surface as a killer-on-the-loose picture, but it’s also a good example of a horror movie with a high body count where you actually care about the bodies.” – DreadCentral

Posted by joyhorror at 9:28 PM No comments:

Red Christmas Released on Vimeo On Demand - Watch It Now!

Red Christmas released one week early on Vimeo On Demand.


Red Christmas from artsploitation on Vimeo.
Posted by joyhorror at 7:11 PM No comments:

Craig Anderson's RED CHRISTMAS is now available for pre-order at the following locations: 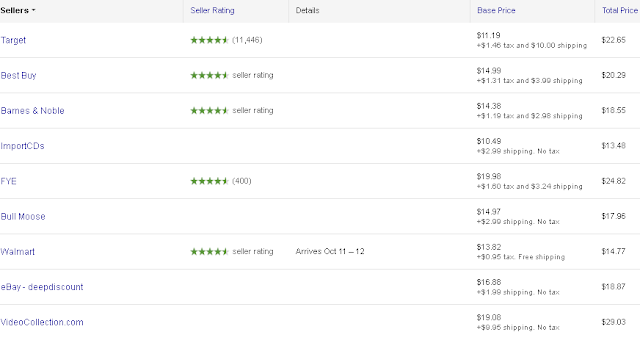 Red Christmas available on Blu-ray/DVD/VOD,
October 17th, 2017
Red Christmas is sure to grow a cult following in the years to come. Australian Director, Craig Anderson, fearlessly tackles the very taboo topic of abortion in this controversial family drama turned 80’s slasher film.   Dee Wallace (E.T., Cujo, The Howling) gives an award-winning performance as a mother struggling with her past when it knocks on the door on Christmas.  Equally impressive is real life Down Syndrome actor, Gerard O’Dwyer, who plays Dee’s son and finding out how his disability possibly even plays heavy into the weight of the story.  Of course, the focal point is ‘Cletus’ the mysterious black cloaked stranger who comes across as The Elephant Man meets The Ghost of Christmas Past.  This holiday visitor turns life and social views upside down but despite it’s dramatic theme, it never takes itself too seriously.  It’s a clever mix of ‘Black Christmas’ meet ‘Suspiria’  that should be added to any fan’s Christmas horror collection.
Pre-Order Red Christmas at the following locations:
Pre-Order at Amazon
Pre-Order at Walmart.com
Pre-Order at Target.com
Pre-Order at Ebay
Pre-Order at Barnes & Noble
Pre-Order at FYE
Pre-Order at VideoCollection.com
Pre-Order at Turner Classic Movies
Pre-Order at Best Buy
Pre-Order at Diabolik

Posted by joyhorror at 3:09 PM No comments:

A Nightmare Before "Red" Christmas

It's October 1st.   Halloween season is upon us and that means plenty of horror movies to be seen and plenty of nightmare to be had.   Don't forget, Craig Anderson's controversial film, Red Christmas, is sitting Blu-ray/DVD/VOD on October 17th!

However, Artsploitation Films will have a very cool announcement for horror fans next week.    On Monday, October 9th the details will be posted on Artsploitation.com as well as here on our official blog.   Here's a hint.   It has to do with Red Christmas. 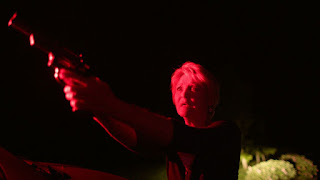 Posted by joyhorror at 11:59 AM No comments: