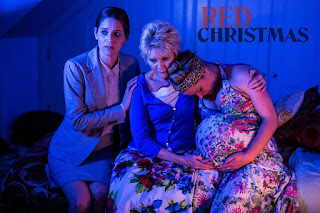 "Wallace's performance is genuinely memorable—in a genre where middle-aged women rarely get more than a few minutes' screen time before being summarily dispatched, she not only stays the course but shows why it pays to invest in experience...though it's worth noting that Wallace, the mom in E.T. and Cujo and one of the film's producers, stepped up and invested herself." 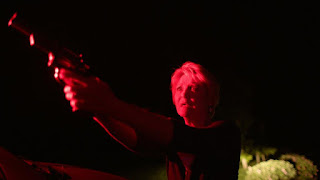 "Red Christmas is one of the most beautifully lit and photographed horror films since Dario Argento's Suspiria—the stylized pink and blue lighting (nicely justified by the holiday decor) is a dead giveaway to Argento's influence—and it's clear that veteran filmmaker Anderson's stalk-and-slash picture is—pardon the pun—a cut above average."

You can read the entire FILM JOURNAL Review HERE!

Posted by joyhorror at 6:08 PM