Director of The Anatomy of Monsters, Byron C. Miller's Shock Rock Band, Ghosts in the Graveyard


Ghosts in the Graveyard

The debut album by shock rockers, Ghosts in the Graveyard. Monsters for the Masses takes you on a sonic journey into the depths of horror, raw emotion, and Halloween fun. This synth-heavy album is filled with up tempo madness, slowed down trip-hop inspired meditations, emotional ballads, and operatic explosions. Every song tells a story told with heart, fury, and a crooked smile. 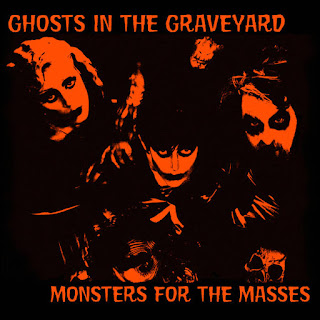 Ghosts in the Graveyard frontman, Byron C. Miller is also the creative force behind the new Artsploitation Films release, The Anatomy of Monsters. Byron is writer, director, producer on this independent thriller.

The Anatomy of Monsters

Dark, disturbing and unpredictable, this indie thriller revolves around a seemingly normal yet homicidal young man who ventures out one night in search for his first kill. At a lonely bar he meets a young woman, takes her to a hotel room and prepares to kill her…until he discovers she harbors secrets far worse than even he could imagine. What unfolds is a diabolical game of cat and mouse, and a soul bearing confession of love and death. Byron C. Miller, seemingly inspired by the gritty 1980s indie filmmaking of Ulli Lommel’s Blank Generation, Jim Jarmusch’s Stranger Than Paradise and Gus Van Sant’s Mala Noche, directs this unnerving tale of murder and amorality wrapped around a "sweet" love story. 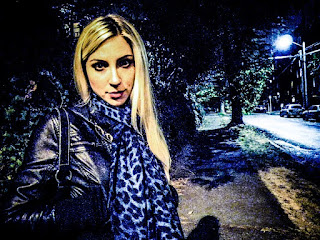 Email ThisBlogThis!Share to TwitterShare to FacebookShare to Pinterest
Labels: Artsploitation Films, Better in Black, Byron C. Miller, Ghosts in the Graveyard, Monsters for the Masses, The Anatomy of Monsters