"Der Bunker (which means The Bunker here in America) is a movie unlike just about anything Ive ever seen." - ZOMBIES DON'T RUN 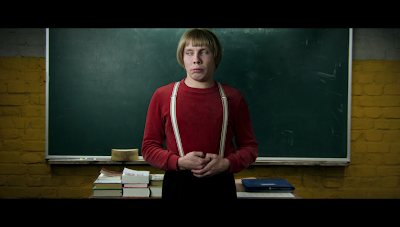 A young student seeks quiet and solitude to focus on an important work but ends up as the teacher of a peculiar boy who is home-schooled by his parents in an isolated bunker mansion. THE BUNKER is a dark, twisted, and funny tale about childhood, growing up and education. 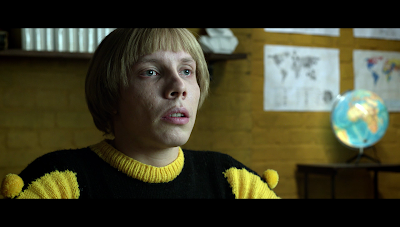 Der Bunker (which means The Bunker here in America) is a movie unlike just about anything I’ve ever seen. This is the story of a very odd couple with a very odd “child” living in a bunker of a home when they rent out the spare room to a guy (the student) who ends up getting basically everything but the quiet he was looking for. What makes it so odd is that it is a very dry comedy in a lot of ways and that seems to be the base of the movie but at the same time you sense something is up that isn’t good and you have a feeling that the other foot will drop. That does happen, but it doesn’t happen until after we’ve had a few laughs, seen a kid that clearly isn’t 8 breastfeed on his mother, seen the same mother talk through and to something that is very supernatural, and other weird stuff that I don’t want to say here. You just need to experience it for yourself and I’m not too sure everyone will dig it but I do bet you won’t be able to burn it off and that you’ll at least remember it after it’s over. It’s a bit less stylish than a Wes Anderson film but it has some of those tones to it with the characters and humor.