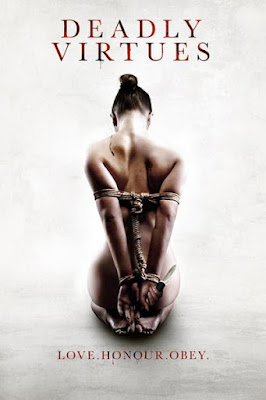 Genesis of the film-
In February of 2013 Raindance founder Elliot Grove discovered the script writt en by an outcast from a MA in screenwriting, Mark Rogers, who suffers from Cerebral Palsy and Asperger Syndrome – an unlikely combination of afflictions for a screenwriter. Ate de Jong, the cult director of classics such as Drop Dead Fred (Working Title Films) and Fogbound (starring Ben Stiller) immediately agreed to take this project on. It is de Jong s 20th feature.

Director Ate de Jong: "The script was so scary and haunting, I couldn't stop reading. And after I finished I changed the locks on my door. Then I looked in the mirror and wondered, how much in me is Tom, how much the intruder? Ate de Jong is known as an actor s director and spent the two weeks in the run up to production work shopping with the lead cast. De Jong says: The script is probably the best I have seen in thirty years in the business. Mark Rogers has managed to convey the angst of his own personal situation into a modern post-feminist morality tale. My work with actors enables them to find their character in the story as well as to learn to work with each other. I am very pleased with the cast we have attracted to this project. "

On working with Mark Rogers, director Ate de Jong says:
"Mark is an extraordinary man in many more ways than one. Communication with him is – let's say- awkward. We never directly talked, accept for once for ten minutes. The word shyness gets a new meaning when you deal with Mark. We only talked via e-mail. But then he stunned me every time again with his deep understanding of the dark side of human behavior. Mark took a little time before he dared to defend his work, in the beginning he was too much in awe of me (he worshiped my film Drop Dead Fred ). Once he got over that hurdle we worked like equals. Whenever I suggested something he either liked it or didn't and gave good arguments for both. I have a deep respect for his talents which is the basis of good collaboration"
Posted by joyhorror at 3:00 PM