Exclusive Interview with Tabitha Bastien (The Anatomy of Monsters) 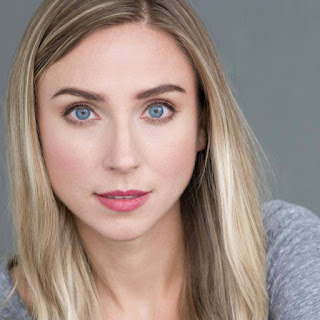 1.  What attracted you to the script and your character for The Anatomy of Monsters?
I immediately fell in love with the script and how much heart it had.  I read with Conner Marx during the first audition and Jesse Lee Keeter during the callbacks and it just felt so right.  Sarah is one of the most complex characters I've ever had the pleasure of getting to play.  This was like a dream role for me.  There are times when Sarah just wants to be a normal person and fall in love, but she has this darkness inside her that she can't seem to keep quiet.  From an outsider's perspective, she looks like an ordinary girl... but inside is a different story.  People sometimes ask if it was hard for me to go home after playing such a dark character, but it really wasn't because I grabbed on to the other parts of her that were just like me and everybody else.  I tried not to focus on the more "monstrous" parts of her when we weren't filming those scenes, since she had so many other layers... some of which were sweet and hopeful. 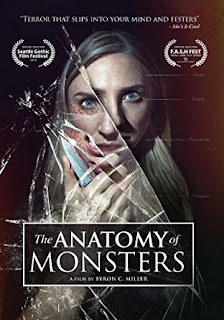 2.  How was it working with Byron C. Miller?
Byron is a sweetheart and was so much fun to work with!  He had such a clear vision and put everything he had into this film.  There was so much love and support during the making of this film because of him and everyone on set really felt like family.  Byron is now a great friend of mine and I will never forget all of the lasting relationships that came from working on this film!

3.  Was there a certain day of shooting that is most memorable to you?
Filming the motel scenes with Jesse at the Marco Polo Motel was very memorable because of the location and how much dialog we had to film in such a short amount of time.  We definitely tried to make it fun and happened to freak out a few people that were staying there.  One night I was waiting outside the motel room until I heard "action" and two people were outside watching me, asking what's wrong. I remained staring intently at the door with my hands clenched in gloves holding a knife. I ignored them and tried to stay in character while they continued to question me, which probably made it creepier for them!  I also have a feel-good memory of being able to jump on a giant trampoline with Conner after some pretty emotional scenes in "Sarah's apartment."  If only all film sets had a giant trampoline!  Conner and Jesse are still two of my best friends, so I am very grateful for this experience and all of the time we spent together! 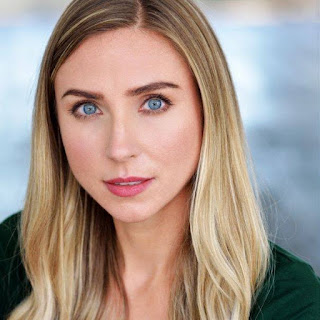 4.  Who are your influences in the horror genre?
I am a huge horror movie fan and am always on the look out for great female villains in films.  I grew up watching a lot of fun/cheesy horror films, but am influenced more by films with beautiful cinematography that feel real because that's what I want as an actor in a horror film.  I want it to feel like it could really happen.  I love the original Texas Chainsaw Massacre for this reason, as well as Haute Tension and A Tale of Two Sisters.  I'm also inspired by David Lynch and Mulholland Drive is still one of my favorite films because it's so dark, strange, thought-provoking and beautiful. 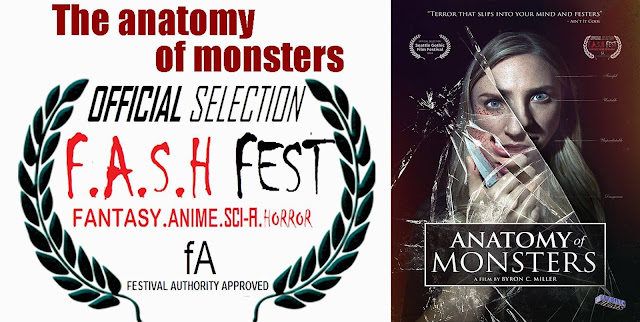 5.  What sets The Anatomy of Monsters apart from all the rest?
Anatomy of Monsters definitely has a different feel to it than most horror films. It's not an in-your-face gory horror film.  It's more of a subtle thriller about the life of a serial killer that has an underlying dark tone.  The raw grittiness and colors feel like your watching an old VHS tape that you found in a creepy attic, which I love.  The serial killers are also not what you typically expect to see in a serial killer.  The fact that Sarah seems like a normal girl-next-door at times is unsettling because you never know who has these horrific psychopathic tendencies deep down.
The Anatomy of Monsters is available on DVD at Amazon